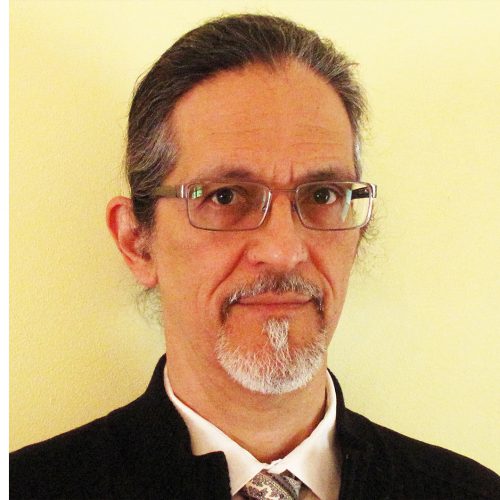 Dr. Carl Davila (PhD in Arabic Studies, Yale University, 2006) is Associate Professor of History at the College at Brockport, SUNY. His research has dealt with various aspects of the textual history of the Moroccan Andalusian nūba tradition, including the publication of two books and several articles on the subject. Most recently he has turned his attention to the manuscript traditions behind the Andalusian music anthologies, Kunnāsh al-Ḥāʾik, Majmūʿ al-Jāmiʿī and al-Rawḍat al-ghannāʾ, looking at them as both material and social social objects.

Close study of the song-text manuscript anthologies connected with the Andalusian music traditions of Morocco reveals some distinctive features that taken together suggest a vibrant sub-culture linking this musical tradition to prestige, erudition and other social values in late-medieval/early modern Morocco, especially in Fez. Some characteristics in common with other genres include the basic methodologies of manuscript writing (scoring and framing of the text box, and so on); the use of relatively high-quality papers; finely executed maghribī mujawhar script; and occasional annotations and corrections added as marginalia (sometimes in the original hand, sometimes not). Features that set many of these manuscripts apart from other genres include elaborate use of coloured inks, including gilt; and occasional use of decorative maghribī thuluth headings, often in several colours. The papers of these manuscripts are especially interesting, because through them we may trace the transition from old or antique laid paper to modern wove paper parallel with the technological developments in Europe, but later by some decades. Even as late as the 1930s, when printing had overwhelmed commercial book production, aficionados of the music were still having high-quality handwritten copies made of these anthologies, demonstrating the social prestige of owning and displaying such documents in the context of Arab-Moroccan culture.

All Sessions by Carl Davila